SC Sportstalk radio insights from the author
Talk about a shocking resignation ...
Christian Science Monitor praises the definitive biography of Steve Spurrier
Inspiring story of an unparalleled play caller ...
Publisher's Weekly praises Spurrier: How the Ball Coach Taught the South to Play Football
"Henry has written a wise and honest biography of a man who has revamped college football ... "
Ball Coach biographer at the South Carolina Book Fair
Forever to Thee ...
Spurrier Book Has Something for Everybody
The State Newspaper Previews the Definitive Biography of the Ball Coach
In his Father's house ...
At home with the Spurriers in the Tampa Bay Times
Recommendation from the author
The Miami Herald checks in with Spurrier biographer
Open Letter to Steve Spurrier in The State newspaper
SportsTalk Radio with Phil Kornblut
Columbia, SC April 02, 2015
Gooddreads
Ran Henry on Twitter
Ran Henry on Facebook
BALLCOACH
Authors Guild
Advocates for published authors since 1912
Authors Guild Directory
A compendium of member websites

Author Interview: Hear the biographical roots of Spurrier calling it quits on SportstalkSC

"Committed to piercing the media-hyped myth of Spurrier, Henry has written a wise and honest biography of a man who has revamped the strategy of college football, making it more exciting for players and fans alike."

"Ran Henry's 'Spurrier' is the most comprehensive book that will ever be written about the life and career of the iconic coach."

Dan Wakefield, author of New York in the Fifties and Going All the Way 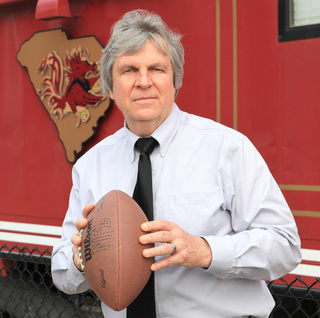 “You’ve done a first class job. You’re a great writer. You did what you needed to do. And you did it all, because this is a good picture of Steve.”

"Ran Henry's Spurrier is the most comprehensive book that will ever be written about the life and career of the iconic coach."

~DAN WAKEFIELD, author of New York in the Fifties

"Ran Henry has written an all-American story of grit talent,and triumph. This meticulously researched biography details the life of one of college football's most iconic and galvanizing figures, Steve Spurrier. You may love him or hate him, but after reading this riveting tale, you will admire him. Spurrier is more than the story of one outrageously talented and preternaturally determined athlete; it's the story of how football came to be America's game, and it should be required reading for all SEC fans."

"Ran Henry takes his subjects so personally that the depth of the details he reveals is packed with originality and an uncanny insight into the human condition. His journey into the heart and soul of a Southern football legend is a marvel."

~T.M. SHINE, author of Nothing Happens Until It Happens to You
and Fathers Aren't Supposed to Die 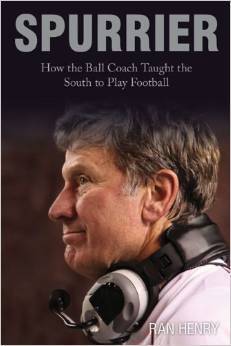